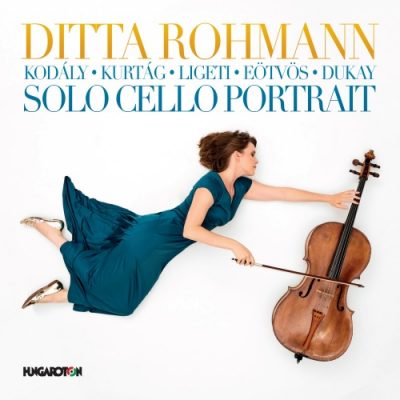 Ditta Rohmann’s new solo album has just been released by Hungaroton. On this recording, she unites Hungarian compositions of the 20th and 21st century for solo cello, some of them are already a part of the classical repertoire (like Kodály, Ligeti and Kurtág), others like from Peter Eötvös and Barnabas Dukay are partly still unknown for the bigger audience.
The release concert is taking place in Budapest, at the Academy of Music Franz Liszt on December 4th.
(ticket link)